The French influence on Welsh language revival in Cardiff

Cardiff University’s Special Collections and Archives often play host to students from a range of academic disciplines undertaking paid research placements that draw on our archival collections. We’ve been fortunate for the last two summers to be joined by Pip Bartlett and Katy Stone, Modern Languages students who have worked on the Barbier family archive as part of the Cardiff University Research Opportunities Programme (CUROP). 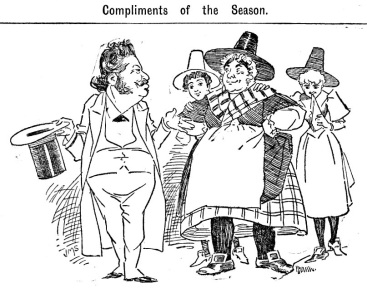 This recently acquired archive contains hundreds of letters and postcards exchanged by the Franco-British family between 1860-1924, with those spanning the First World War years being of particular interest. Pip and Katy organised, described and protectively packaged materials from the archive, using their French skills to translate and interpret the letters.

Professor Paul E. E. Barbier was the first lecturer in French appointed to the University College of South Wales and Monmouthshire, the institution that later became Cardiff University. Once settled in Cardiff, his wife Euphémie and their eight children continued to communicate in French with each other, and worked closely with various French societies in Britain, such as the Société Franco-Britannique de Cardiff.

Barbier was a respected member of staff at the University, as well as being a recognised name within the wider community in Cardiff. After moving to Wales in 1883 with his family, he made a concerted effort to become involved with local cultural societies and in particular was interested in the conservation of the Welsh language. The archive testifies to his sustained commitment to Welsh throughout his time in the capital.

From 1897, Barbier was on the committee for the National Eisteddfod, and contributed to a series of newspaper articles in which he asserts that, ‘the Welsh nation owes its spirit of culture to the Eisteddfod’.

When the University of South Wales and Monmouthshire first opened in 1883, there was no option to study Welsh. However, Barbier’s son was one of the first students to complete a Masters degree in French and Welsh – suggesting that Barbier may have had something to do with the pioneering of Welsh studies at the University.

Evidence from newspaper articles reveals that Barbier also delivered influential lectures about Welsh language and culture. His passion for the language was so infectious, that the local papers featured a caricature of young women thronging to learn Welsh: ‘M. Barbier’s remarks are producing results. Inspired by his advice as to the potentiality of Welsh as a vehicle and instrument of tender passion, a number of Cardiff ladies who are on the borderland of old maidenhood, have set their heads together with a view of learning the language of Eden.’ (Evening Express, 1 Aug 1894). 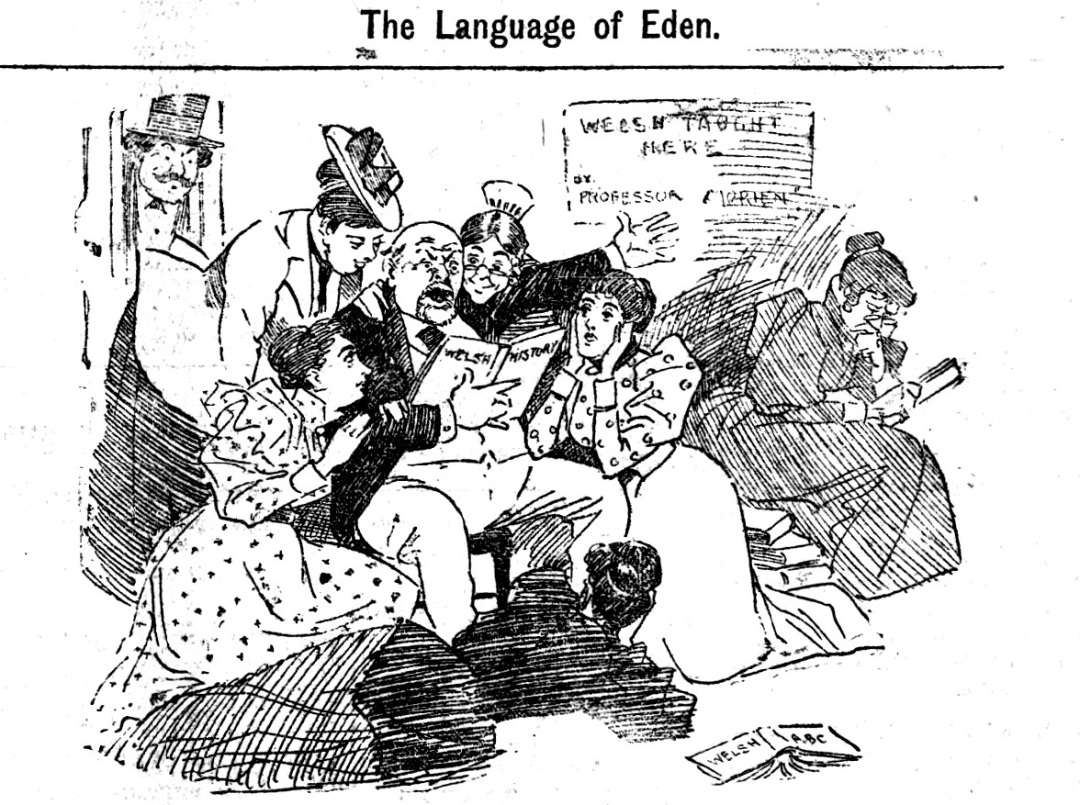 “Inspired by his advice… a number of Cardiff ladies… have set their heads together with a view of learning the language of Eden”. Evening Express, 1 Aug 1894.

An article from the South Wales Echo (2nd February 1899) gives an account of one of these public lectures: ‘My impressions of Wales and Welshmen’. According to the article, there ‘was a full attendance’ and the lecture ‘was full of humour and literary charm’. The article cites a wonderful quote from Barbier, in which he states, ‘if French is the language of men, German of soldiers, Spanish of God’s Saints, Italian of women and English of birds, surely Welsh is that of angels!